Many scientists and educators were involved in working on the early versions of this curriculum when it was offered as a workshop for in-service teachers:

Along with the development of the curriculum, we conducted research on student learning in astronomy that fed into the design of these activities.  The research was led by Julia Plummer, and included work by a number of collaborators, including Brandon Botzer, KeriAnn Rubin, Tim Gleason, Heather Spotts, Chrysta Ghent, Alice Flarend, Scott McDonald, and Yann Shiou Ong.

The Penn State course that uses this book built upon the foundation we created in the workshops.  The course was designed and has been co-taught primarily by the author and by Julia Plummer.  Both Abha Vaishampayan and Kyungjin Cho have assisted in teaching the course in more recent semesters.

Much of this work was begun as part of the Earth and Space Science Partnership, which was funded by the National Science Foundation through award # DUE-0962792. 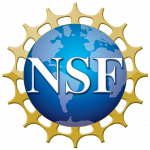 Student Investigation Guide for Introduction to Astronomy for Educators by Christopher Palma is licensed under a Creative Commons Attribution-NonCommercial-ShareAlike 4.0 International License, except where otherwise noted.