Sexuality is normal, natural human drive. As an adult, your sexuality is your own business. Like other dimensions of health, however, your sexual health depends on understanding many factors involving sexuality and your own values. Your choices and behavior may have consequences. Learning about sexuality and thinking through your values will help you make responsible decisions. Begin with the Sexual Health Self-Assessment.

It’s often difficult to talk about sexuality and sex. Not only is it a very private matter for most people, but the words themselves are often used loosely, resulting in misunderstandings. Surveys have shown, for example, that about three-fourths of college students say they are “sexually active”—but survey questions rarely specify exactly what that phrase means. To some, sexual activity includes passionate kissing and fondling, while to others the phrase means sexual intercourse. Manual and oral sexual stimulation may or may not be included in an individual’s own definition of being sexually active.

In sum, some college students are sexually active and some are not. Misperceptions of what others are doing may lead to unrealistic expectations or feelings. What’s important, however, is to be aware of your own values and to make responsible decisions that protect your sexual health.

Information and preparation are the focus of this section of the chapter. People who engage in sexual activity in the heat of the moment—often under the influence of alcohol—without having protection and information for making good decisions are at risk for disease, unwanted pregnancy, or abuse. 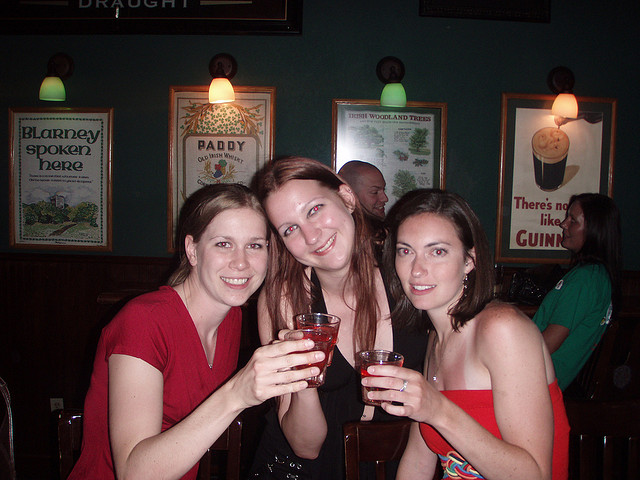 Drinking alcohol increases the likelihood of having unprotected sexual activity.

Almost all college students know the importance of protection against sexually transmitted infections and unwanted pregnancy. So why then do these problems occur so often? Part of the answer is that we don’t always do the right thing even when we know it—especially in the heat of the moment, particularly when drinking or using drugs. Some four hundred thousand eighteen- to twenty-four-year-old college students a year engage in unprotected sexual activity after drinking, and one hundred thousand report having been too intoxicated to know if they had consented to the sexual activity.

It has been said that no sexual activity is safe because there is always some risk, even if very small, of protections failing. The phrase “safer sex” better describes actions one can take to reduce the risk of sexually transmitted infections and unwanted pregnancy.

About two dozen different diseases can be transmitted through sexual activity. Sexually transmitted infections (STIs) range from infections that can be easily treated with medications to diseases that may have permanent health effects to HIV (human immunodeficiency virus), the cause of AIDS, a fatal disease. Despite decades of public education campaigns and easy access to protection, STIs still affect many millions of people every year. Often a person feels no symptoms at first and does not realize he or she has the infection and thus passes it on unknowingly. Or a person may not use protection because of simple denial: “It can’t happen to me.”

Although many of these diseases may not cause dramatic symptoms, always see a health-care provider if you have the slightest suspicion of having acquired an STI. Not only should you receive treatment as soon as possible to prevent the risk of serious health problems, but you are also obligated to help not pass it on to others.

The following are guidelines to protect yourself against STIs if you are sexually active:

Heterosexual couples who engage in vaginal intercourse are also at risk for an unwanted pregnancy. There are lots of myths about how a woman can’t get pregnant at a certain time in her menstrual cycle or under other conditions, but in fact, there’s a risk of pregnancy after vaginal intercourse at any time. All couples should talk about protection before reaching the stage of having intercourse and take appropriate steps.

While a male condom is about 98 percent effective, that 2 percent failure rate could lead to tens of thousands of unintended pregnancies among college students. When not used correctly, condoms are only 85 percent effective. In addition, a couple that has been healthy and monogamous in their relationship for a long time may be less faithful in their use of condoms if the threat of STIs seems diminished. Other methods of birth control should also therefore be considered. With the exception of the male vasectomy, at present most other methods are used by the woman. They include intrauterine devices (IUDs), implants, injected or oral contraceptives (the “pill”), hormone patches, vaginal rings, diaphragms, cervical caps, and sponges. Each has certain advantages and disadvantages.

Birth control methods vary widely in effectiveness as well as potential side effects. This is therefore a very personal decision. In addition, two methods can be used together, such as a condom along with a diaphragm or spermicide, which increases the effectiveness. (Note that a male and female condom should not be used together, however, because of the risk of either or both tearing because of friction between them.) Because this is such an important issue, you should talk it over with your health-care provider, or a professional at your student health center or an agency such as Planned Parenthood.

Sexual assault is a serious problem in America generally and among college students in particular:

Sexual assault is any form of sexual contact without voluntary consent. Rape is usually more narrowly legally defined as forced sexual intercourse, a specific type of sexual assault. Both are significant problems among college students. Although men can also be victims of sexual assault and rape, the problem usually involves women, so this section focuses primarily on the issue for women in college. Men must also understand what is involved in sexual assault and help build greater awareness of the problem and how to prevent it.

Sexual assault is so common in our society in part because many people believe in myths about certain kinds of male-female interaction. Common myths include “It’s not really rape if the woman was flirting first” and “It’s not rape unless the woman is seriously injured.” Both statements are not legally correct. Another myth or source of confusion is the idea that “Saying no is just playing hard to get, not really no.” Men who really believe these myths may not think that they are committing assault, especially if their judgment is impaired by alcohol. Other perpetrators of sexual assault and rape, however, know exactly what they’re doing and in fact may plan to overcome their victim by using alcohol or a date rape drug.

Among college students, assault by a stranger is the least common because campus police departments take many measures to help keep students safe on campus. Nonetheless, use common sense to avoid situations where you might be alone in a vulnerable place. Walk with a friend if you must pass through a quiet place after dark. Don’t open your door to a stranger. Don’t take chances. For more information and ways to reduce your risk of sexual assault, see http://www.rainn.org/get-information/sexual-assault-prevention.

Most sexual assaults are perpetrated by acquaintances or date partners. Typically, an acquaintance assault begins at a party. Typically, both the man and the woman are drinking—although assault can happen to sober victims as well. The interaction may begin innocently, perhaps with dancing or flirting. The perpetrator may misinterpret the victim’s behavior as a willingness to share sexual activity, or a perpetrator intent on sexual activity may simply pick out a likely target. Either way, the situation may gradually or suddenly change and lead to sexual assault.

Prevention of acquaintance rape begins with the awareness of its likelihood and then taking deliberate steps to ensure you stay safe at and after the party:

These preventions can work well at a party or in other social situations, but they don’t apply to most dating situations when you are alone with another person. About half of sexual assaults on college students are date rape. An assault may occur after the first date, when you feel you know the person better and perhaps are not concerned about the risk. This may actually make you more vulnerable, however. Until you really get to know the person well and have a trusting relationship, follow these guidelines to lower the risk of sexual assault:

If you are sexually assaulted, always talk to someone. Call a rape crisis center, your student health center, or the National Sexual Assault Hotline at 1-800-656-HOPE for a confidential conversation. Even if you do not report the assault to law enforcement, it’s important to talk through your feelings and seek help if needed to prevent an emotional crisis.

In addition to alcohol, sexual predators use certain commonly available drugs to sedate women for sexual assault. They are odorless and tasteless and may be added to a punch bowl or slipped into your drink when you’re not looking. These drugs include the sedatives GHB, sometimes called “liquid ecstasy,” and Rohypnol, also called “roofies.” Both cause sedation in small doses but can have serious medical effects in larger doses. Date rape drugs are typically used at parties. Use the following tips to protect yourself against date rape drugs: