Entrepreneurship has traditionally been defined as the process of designing, launching and running a new business, which typically begins as a small business, such as a startup company, offering a product, process or service for sale or hire.[1] It has been defined as the “…capacity and willingness to develop, organize, and manage a business venture along with any of its risks in order to make a profit.”[2] While definitions of entrepreneurship typically focus on the launching and running of businesses, due to the high risks involved in launching a start-up, a significant proportion of businesses have to close, due to a “…lack of funding, bad business decisions, an economic crisis — or a combination of all of these”[3] or due to lack of market demand. In the 2000s, the definition of “entrepreneurship” has been expanded to explain how and why some individuals (or teams) identify opportunities, evaluate them as viable, and then decide to exploit them, whereas others do not,[4]and, in turn, how entrepreneurs use these opportunities to develop new products or services, launch new firms or even new industries and create wealth.[5]

Traditionally, an entrepreneur has been defined as “a person who organizes and manages any enterprise, especially a business, usually with considerable initiative and risk“.[6] Rather than working as an employee, an entrepreneur runs a small business and assumes all the risk and reward of a given business venture, idea, or good or service offered for sale. The entrepreneur is commonly seen as a business leader and innovator of new ideas and business processes.”[7] Entrepreneurs tend to be good at perceiving new business opportunities and they often exhibit positive biases in their perception (i.e., a bias towards finding new possibilities and seeing unmet market needs) and a pro-risk-taking attitude that makes them more likely to exploit the opportunity.[8][9]“Entrepreneurial spirit is characterized by innovation and risk-taking.”[2] While entrepreneurship is often associated with new, small, for-profit start-ups, entrepreneurial behavior can be seen in small-, medium- and large-sized firms, new and established firms and in for-profit and not-for-profit organizations, including voluntary sector groups, charitable organizations and government.[10] For example, in the 2000s, the field of social entrepreneurship has been identified, in which entrepreneurs combine business activities with humanitarian, environmental or community goals.

An entrepreneur is typically in control of a commercial undertaking, directing the factors of production–the human, financial and material resources–that are required to exploit a business opportunity. They act as the manager and oversee the launch and growth of an enterprise. Entrepreneurship is the process by which an individual (or team) identifies a business opportunity and acquires and deploys the necessary resources required for its exploitation. The exploitation of entrepreneurial opportunities may include actions such as developing a business plan, hiring the human resources, acquiring financial and material resources, providing leadership, and being responsible for the venture’s success or failure.[11] Economist Joseph Schumpeter (1883–1950) stated that the role of the entrepreneur in the economy is “creative destruction“–launching innovations that simultaneously destroy old industries while ushering in new industries and approaches. For Schumpeter, the changes and “dynamic disequilibrium brought on by the innovating entrepreneur … [are] the ‘norm’ of a healthy economy.”[12] 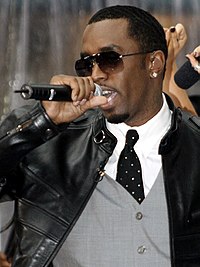 The term entrepreneur is defined as an individual who organizes or operates a business or businesses. Credit for coining this term generally goes to the French economist Jean-Baptiste Say. However, the Irish-French economist Richard Cantillon defined the term first[31] in his Essai sur la Nature du Commerce en Général, or Essay on the Nature of Trade in General, a book William Stanley Jevons considered the “cradle of political economy”.[32] Cantillon used the term differently; biographer Anthony Breer noted that Cantillon saw the entrepreneur as a risk-taker while Say considered the entrepreneur a “planner”. Cantillon defined the term as a person who pays a certain price for a product and resells it at an uncertain price: “making decisions about obtaining and using the resources while consequently admitting the risk of enterprise.” The word first appeared in the French dictionary entitled “Dictionnaire Universel de Commerce” compiled by Jacques des Bruslons and published in 1723.[33]

Relationship between small business and entrepreneurship

The entrepreneur is commonly seen as an innovator — a designer of new ideas and business processes.[47] Management skill and strong team building abilities are often perceived as essential leadership attributes for successful entrepreneurs.[48] Political economist Robert Reich considers leadership, management ability, and team-building to be essential qualities of an entrepreneur.[49][50]

Theorists Frank Knight[51] and Peter Drucker defined entrepreneurship in terms of risk-taking. The entrepreneur is willing to put his or her career and financial security on the line and take risks in the name of an idea, spending time as well as capital on an uncertain venture. Knight classified three types of uncertainty:

Entrepreneurship is often associated with true uncertainty, particularly when it involves the creation of a novel good or service, for a market that did not previously exist, rather than when a venture creates an incremental improvement to an existing product or service. A 2014 study at ETH Zürich found that compared with typical managers, entrepreneurs showed higher decision-making efficiency, and a stronger activation in regions of frontopolar cortex (FPC) previously associated with explorative choice.[52]