The SNS prepares the body for physical action, including fighting, fleeing, freezing, and engaging in sexual intercourse (typically called the 4 F’s). When the SNS is activated, the body’s resources are taken away from processes such as digestion and resting and sent to organs that activate physical activity such as the heart and the pupils. The PNS system is activated when people are at rest, such as after eating or when relaxing. The PNS system slows down organ function, such as slowing down our heartbeat. Figure 1 displays the functions that occur when the SNS or PNS system is activated.

Figure 1
Processes of the SNS and PNS Systems 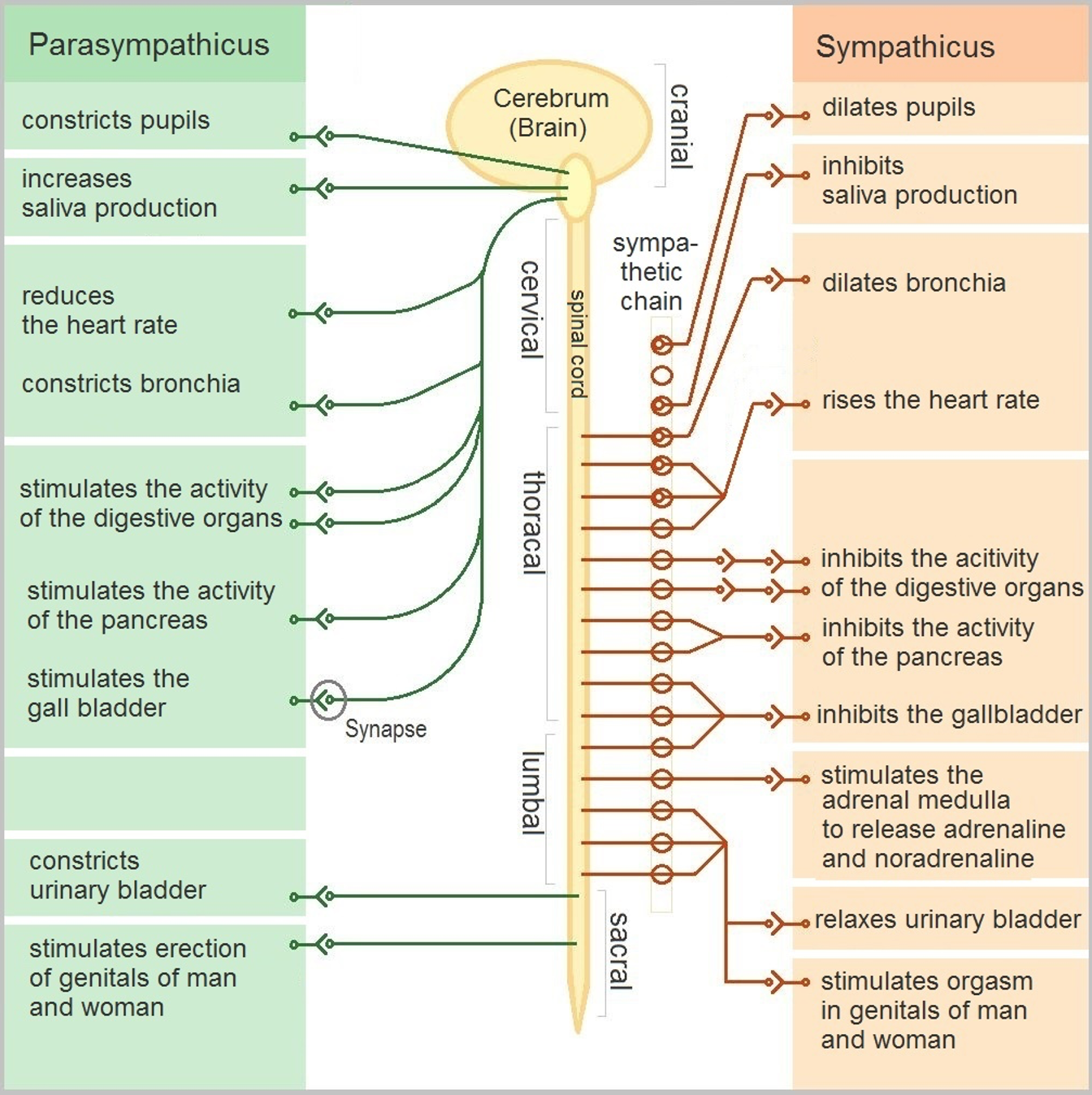