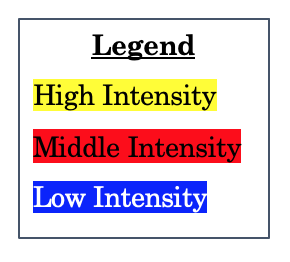 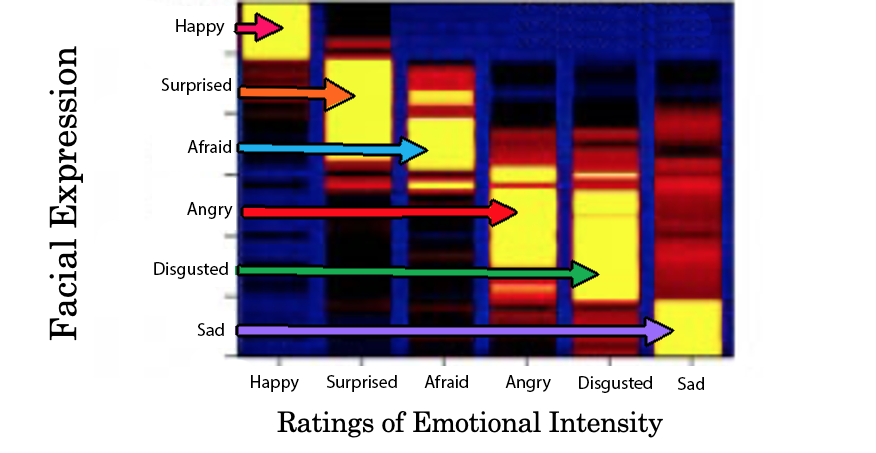 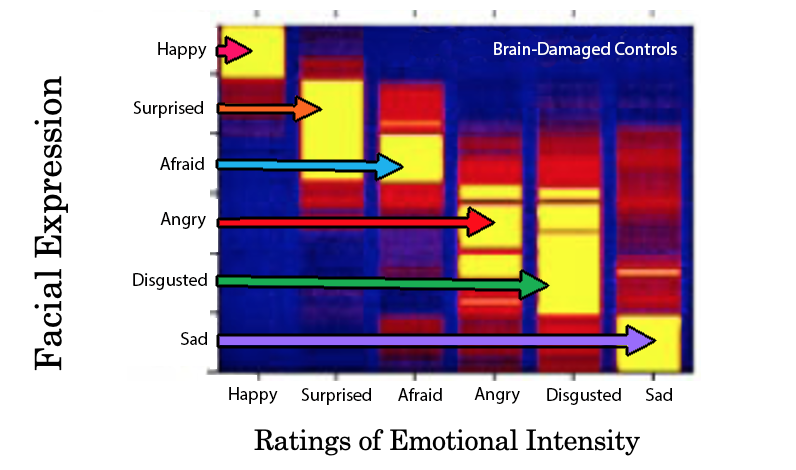 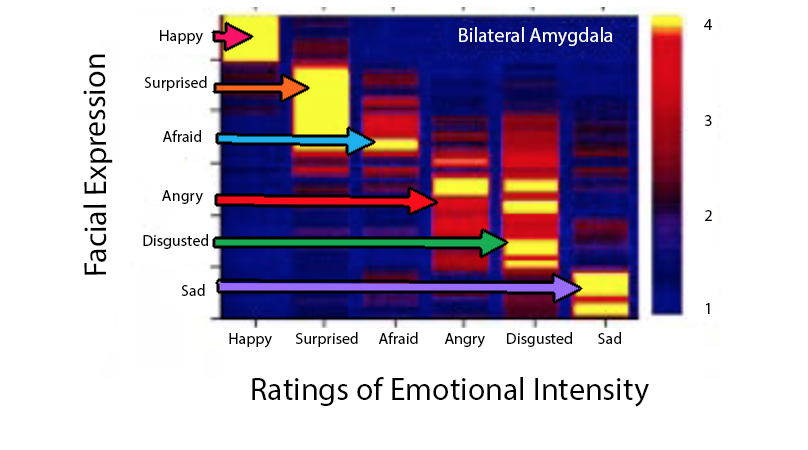 Based on Figure 11, the following conclusions can be made:

These initial findings show that amygdala damage does indeed impair recognition of fear in others. But this also shows that amygdala does control the identification of other emotions.

A follow-up study (Spezio et al., 2007) investigated the location of S.M.’s visual gaze when interpreting others’ facial expressions. Before discussing this study, it is important to note that people determine whether someone is experiencing fear mostly from their eyes. Even when someone is smiling, but their eyes are fearful – people interpret the facial expression as fear. In this study, S.M. and several healthy female controls engaged in a face-to-face or live video interaction with a professional actor who maintained a neutral facial expression. During the interaction, the participants wore an eye tracker. Findings (see Figure 12) showed that compared to controls, S.M. spent less time fixated on the actor’s eyes and more time staring at the actor’s mouth. This might suggest when the amygdala is damaged people identify the wrong facial expression because they are looking at the wrong part of the face. These finding have been replicated with still photos as well, but in the still photos S.M. focused more on the center of the face (Adolphs et al., 2005). Finally, although amygdala-damaged patients experience difficulty identifying emotions in facial expressions, their ability to identify an individual from their face is not hindered (Adolphs et al., 1994; 1995). Thus, if S.M. runs into her friend Wang, S.M. would think “This is my friend, Wang,” but she might have trouble interpreting Wang’s facial expressions.