A study (Rozin et al., 1994b) investigated the disgust elicited by the above four domains.  In this study, college students and their parents(!) reported how much they would like to wear a sweater that had been worn by a male stranger with various experiences (see Table 3), AFTER this sweater was washed. 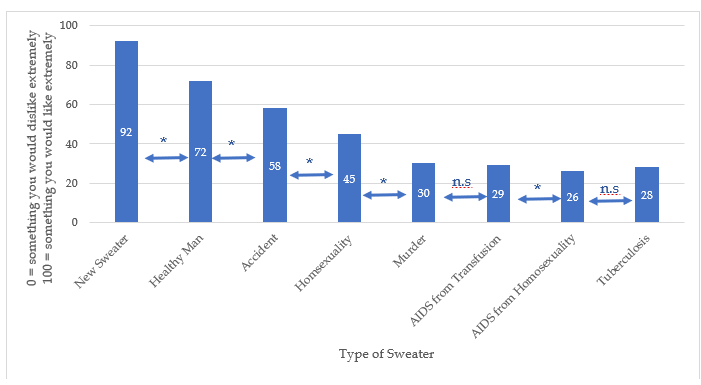 Note. *p<.05 for comparison indicated by arrows. n.s. = not significant