Researchers disagree over the specific action units that change with the disgust facial expression.  Darwin suggested four specific changes in facial muscles (see Table 7), while Ekman and Friesen (1978) emphasized three specific action units.   In general, researchers agree that the gape, retraction of upper lip, and nose wrinkle all represent disgust (Rozin et al., 2008). Rozin et al. (1994a) has found that facial expressions vary depending in the type of disgust experienced.  Some of these action unit changes can be viewed here.

Figure 7
Disgust facial expression shown in Darwin’s (1872) The expression of the emotions in man and animals.

In their follow-up study (Ekman & Friesen, 1971), 77% and 89% of adult participants correctly identified disgust when presented with two other negative emotions (see Table 9). It is interesting to note that the recognition rates were higher for “He/she is looking at something he/she dislikes” compared to “He/she is looking at something which smells bad” (p. 126).  The two stories of disgust may present a confound.  Consider the types of disgust we reviewed and which types of disgust the past two stories represent.  Did Ekman correctly manipulate disgust in the stories?

Most children, children (78-95%; Table 10) correctly identified disgust facial expressions.  It is interesting that in both the adult and children samples, participants had to differentiate disgust from sadness and/or surprise.  Sadness is an unpleasant-low arousal emotion, whereas surprise is a positive, high arousal emotion.  A better test would be to have participants differentiate disgust from contempt or anger – emotions more similar to disgust.

Finally, Ekman and colleagues (1987, for review of study click here) found that across 10 cultures, the majority (60% of Japanese to 89% of Italians) of participants identified disgust in facial expressions and rated disgust facial expressions as most intensely disgust out of 7 possible emotions. Let’s review some other studies we discussed in the fear and sections. You might recall that in Matsumoto’s (1992) study, participants saw 48 photos of six emotional expressions (anger, disgust, fear, happiness, sadness, and surprise). Each emotion was displayed in 8 different photos. Participants viewed all 48 photos one at a time. While viewing each photo, participants picked an emotion label from the following seven emotions: anger, contempt, disgust, fear, happiness, sadness, and surprise. Results for disgust showed that 91% of American participants and 74% of Japanese participants correctly labeled the anger expression as anger across the 8 fear photos. Similar to findings on fear and anger, two cultural differences were found: 1) a significantly greater number of Americans identified disgust in the disgust facial expressions and 2) on average, Americans identified 7.29 out of the 8 photos as anger, whereas Japanese identified fewer – about 5.98 photos. A similar study by Matsumoto and Ekman (1989) found that 78% of Americans and 68% of Japanese correctly identified disgust across eight photos, demonstrating universality in facial expression identification.

Recall that Crivelli, Russell, and colleagues (2016) (study can be reviewed here) asked Spaniards and Trobrianders (Study 1) and Mwani children (Study 2) to pick the correct photo or video of an emotional expression that showed one of five different emotions. In Study 1 in the disgust condition, a significantly greater percentage of Spaniards (83%) than Trobrianders (25%) correctly selected the photo of the nose wrinkle facial expression. Most of the Trobrianders picked the fear gasp (29%) as the photo that represented disgust, followed by the happy smiling face (18%), the sad pouting face (11%) and the neutral face (11%). 15% of the Spaniards picked the fear gasp as disgust. These findings show that the Western cultures perceive the nose wrinkle as disgust, but isolated cultures perceive the nose wrinkle as disgust, fear, or even happy. In Study 2, 37-41% of Mwani children selected the nose wrinkle in the video or photo as representative of disgust. Mwani children also selected sad pouting, fear gasp, and angry scowling.

The combination of AU changes that express disgust may depend on the type of disgust experienced. In one study (Rozin et al., 1994a), participants imagined themselves in various scenarios, then selected the facial expression that best displayed the expression they would show in this scenario. Expressions and scenarios related to anger, fear, surprise, core disgust, animal-nature disgust, and interpersonal disgust. Nine different facial expressions of disgust displayed different combinations of AUs thought to express disgust. Figure 8 shows the facial expressions utilized in this study. 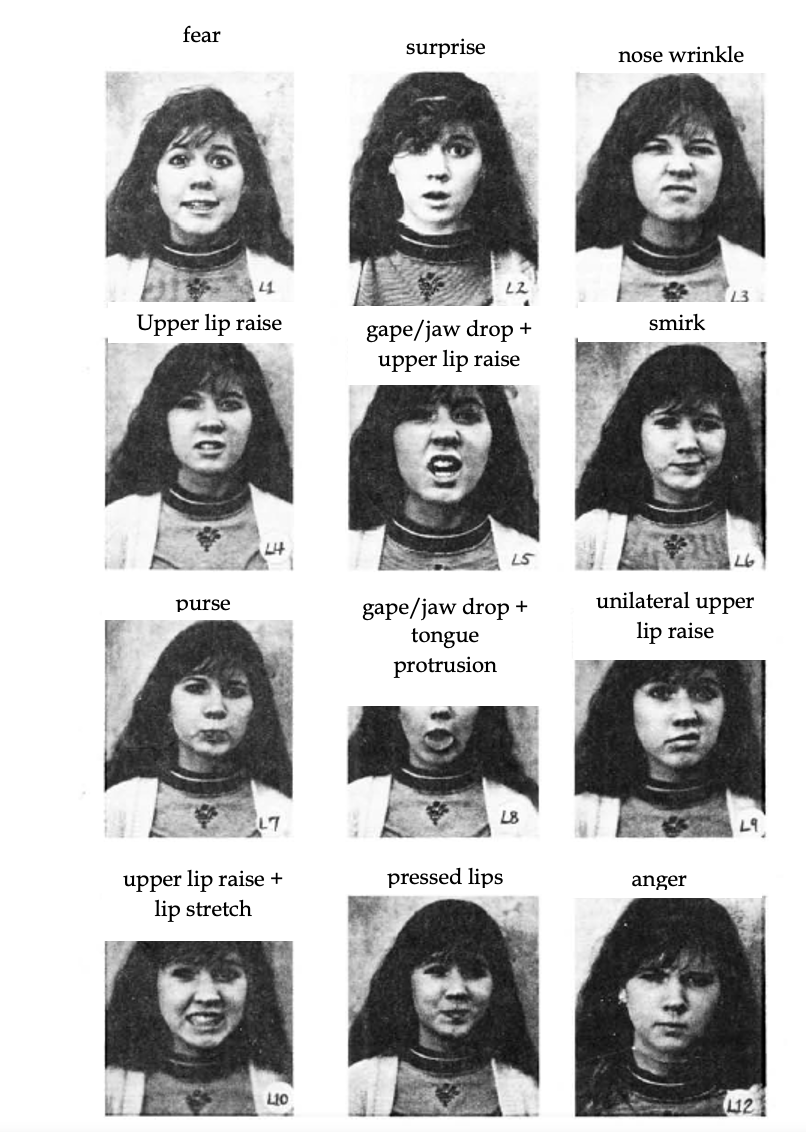 Reproduced from “Varieties of disgust faces and the structure of disgust,” P. Rozin, L. Lowery, and R. Ebert, 1994a, , Journal of Personality and Social Psychology, 66(5), p. 872. Copyright 1994 by American Psychological Association.

Facial Expressions of the Sour Face 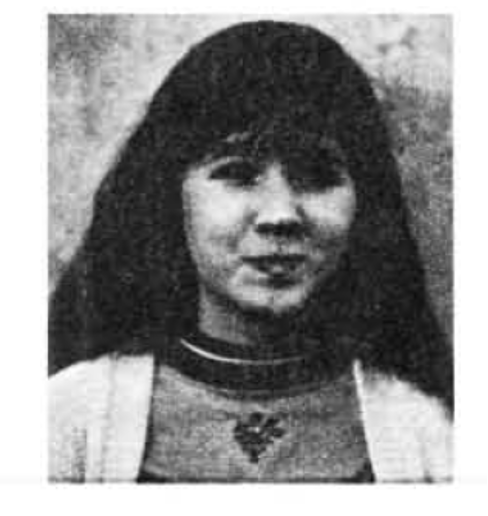 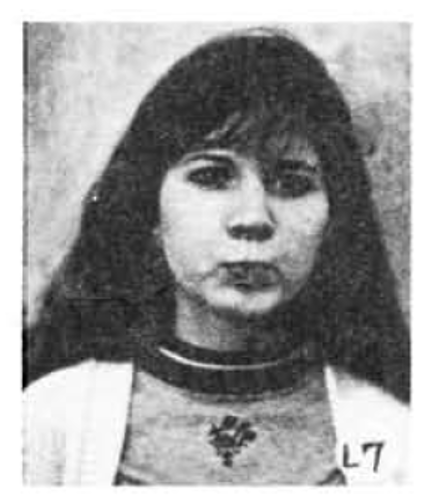 “eating something sour” and “eating a lemon”

Core disgust related to eating/drinking something bad: “drinking spoiled milk,” “eating rotten meat,” “thinking about the fact that you ate an apple with a worm in it,” “eating food after it was chewed by someone else.”

“Seeing a deformed person,” “looking at pictures of the slaughter in a World War II concentration camp,”

Visit this website for a live demonstration of how the AUs for disgust change. Some believe this anger expression is a universal, adaptation.   During eliciting events of disgust, the disgust facial expression functioned to eject toxic foods from the body, nose, and/or eyes.  Facial expressions associated with interpersonal and moral disgust might display to the offenders that they are violating social and moral norms.