Russell (1980) views disgust as a highly unpleasant, moderately arousing emotion.  Per this model, disgust is about equal in valence to anger and fear, but lower in arousal. Disgust’s location as moderately arousing may fit with the physiological research above finding that disgust activated both SNS and PNS systems.

One study investigated the mixed emotion state of disgust and amusement (Hemenover & Schimmack, 2007).  In this study, participants watched a video of a female character eating dog feces in a funny way.  Participants were randomly assigned to imagine being the female character while watching the clip OR to view the clip as an outside observer.  In both point-of-view conditions, participants reported an increase in self-reported disgust from baseline.  But, only in the outsider perspective did participants report an increase in mixed feelings of disgust and amusement (see Figure 17). Taken together, these results show that when we view someone else engaging in disgusting behavior, that elicits mixed subjective feelings of disgust and amusement. But, when we imagine doing something disgusting and when we experience disgust, that elicits mostly disgust and not amusement. 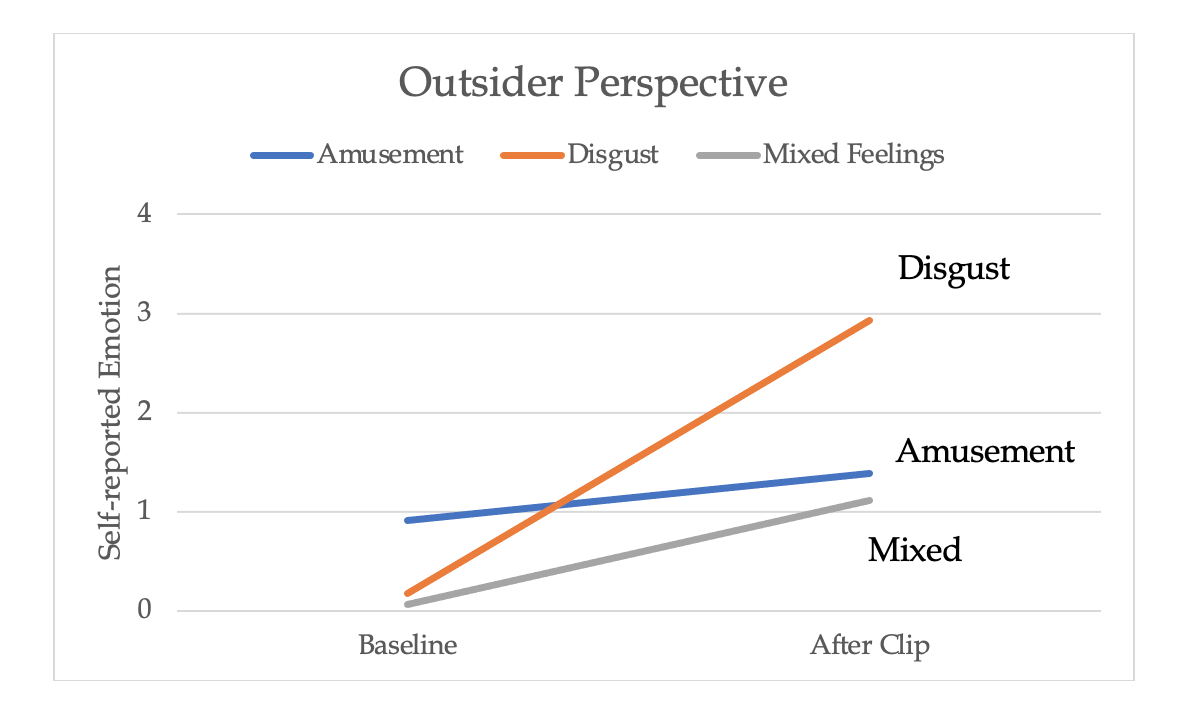 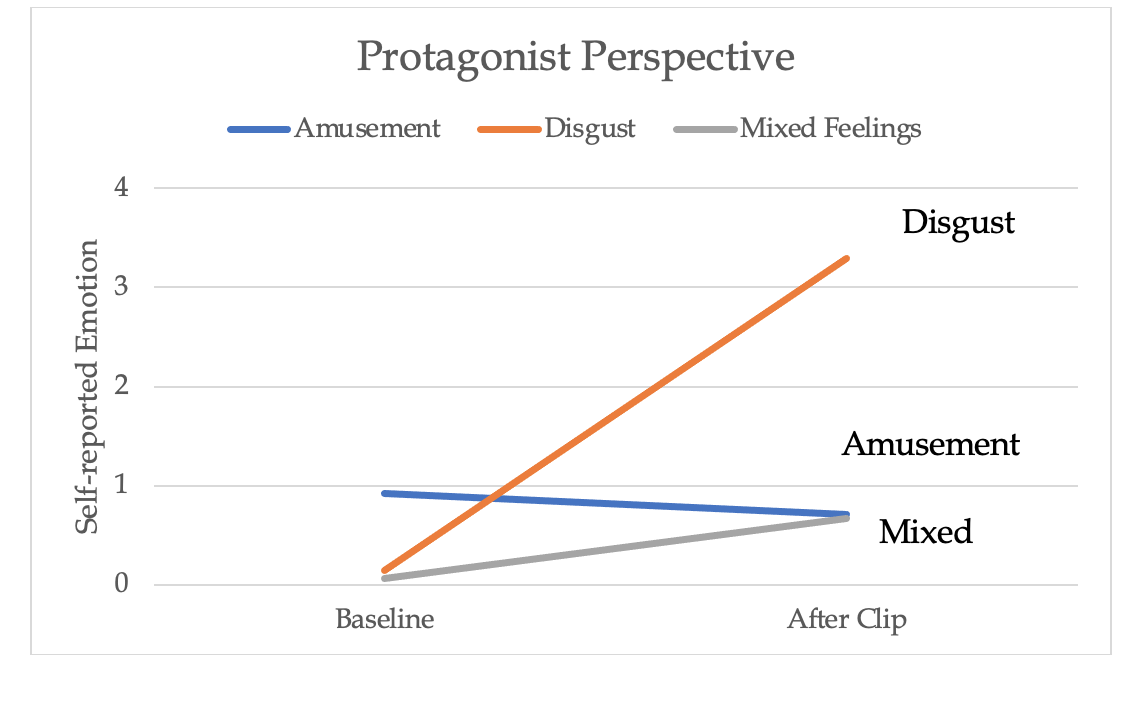 Psychology of Human Emotion: An Open Access Textbook by Michelle Yarwood is licensed under a Creative Commons Attribution-NonCommercial-ShareAlike 4.0 International License, except where otherwise noted.