The past studies determined that bilateral amygdala damage results in an inability to recognize and identify emotions in facial expressions. The upcoming findings will demonstrate that S.M. displayed difficulty recalling the emotion components of fear. Participants were asked to draw facial expressions for the emotions happy, sad, afraid, surprised, disgusted, and angry. Participants worked on this task after completing numerous other tasks on recognizing facial expressions, which could have cued them to the correct answer. S.M., as seen in her drawings below in Figure 13, showed difficulty drawing fear. In fact, the experimenter had to encourage her because she said she didn’t know what fear looked like. She said the only things she could remember is that during fear people cowered and their hair stood up. 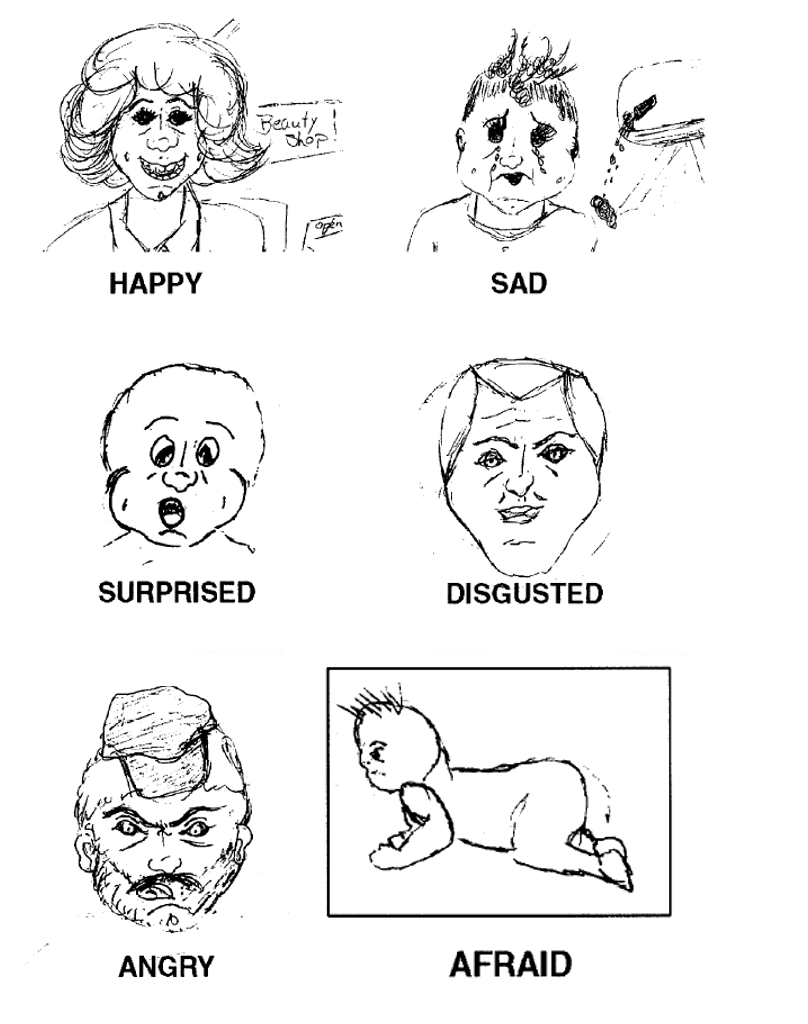 These findings suggest that the amygdala functions to help us recall fearful facial expressions and to recognize them. So, a memory bias exists when the amygdala is damaged such that people cannot remember a fearful expression. Further studies have showed that after amygdala damage people cannot recall the details of a gruesome death – suggesting our memory for disgust might be impacted too.