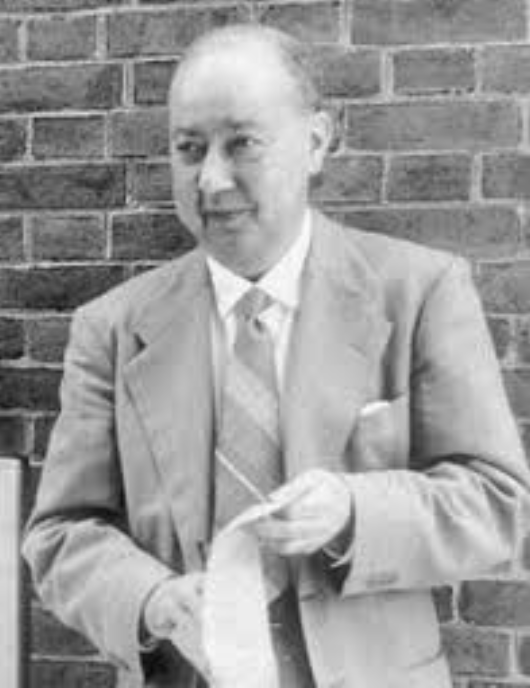 After Woodworth developed his scale, Schlosberg revised this scale in 1941.  Schlosberg asked participants to group 200 facial expressions into six bins based on similarity in facial expressions.  A major finding from his study was that participants tended to group happiness and contempt emotions in the same bin – indicating these two facial expressions were similar.  But Woodworth had placed contempt and happiness on opposite poles of the dimension, which would suggest happiness and contempt were not related to each other.  Based on his findings, Schlosberg decided Woodworth’s one dimension should be changed to a circumplex.  A circumplex means that emotions words are arranged around a circle, such that emotions closest in space to each other are most similar to each other.  By revising to a circle, this would allow happiness and contempt to be placed in the same place.  Circumplex models are developed around at least 2 dimensions, so this change suggested that two dimensional underlie emotions, not one as Woodworth thought!

What are the two poles Schlosberg identified?    Schlosberg labeled one dimension pleasant/unpleasant and the second dimension attention/rejection (see Figure 2).  Per his model, happiness (coded as 1) was most pleasant because it fell on the pleasantness/unpleasantness dimension, and anger was labeled as most unpleasant.  The attention/rejection dimension measured whether people focused their attention when experiencing an emotion or engaged in more rejection/avoidance behavior.  Surprise (2) and fear (3) were highest in attention, and disgust (5) and contempt (6) were highest in rejection.  Using this model, ANY emotion should be described on the pleasant/unpleasant and attention/rejection dimensions.  For instance, contempt (6) is high in rejection and high in pleasantness, according to Schlosberg’s theory. 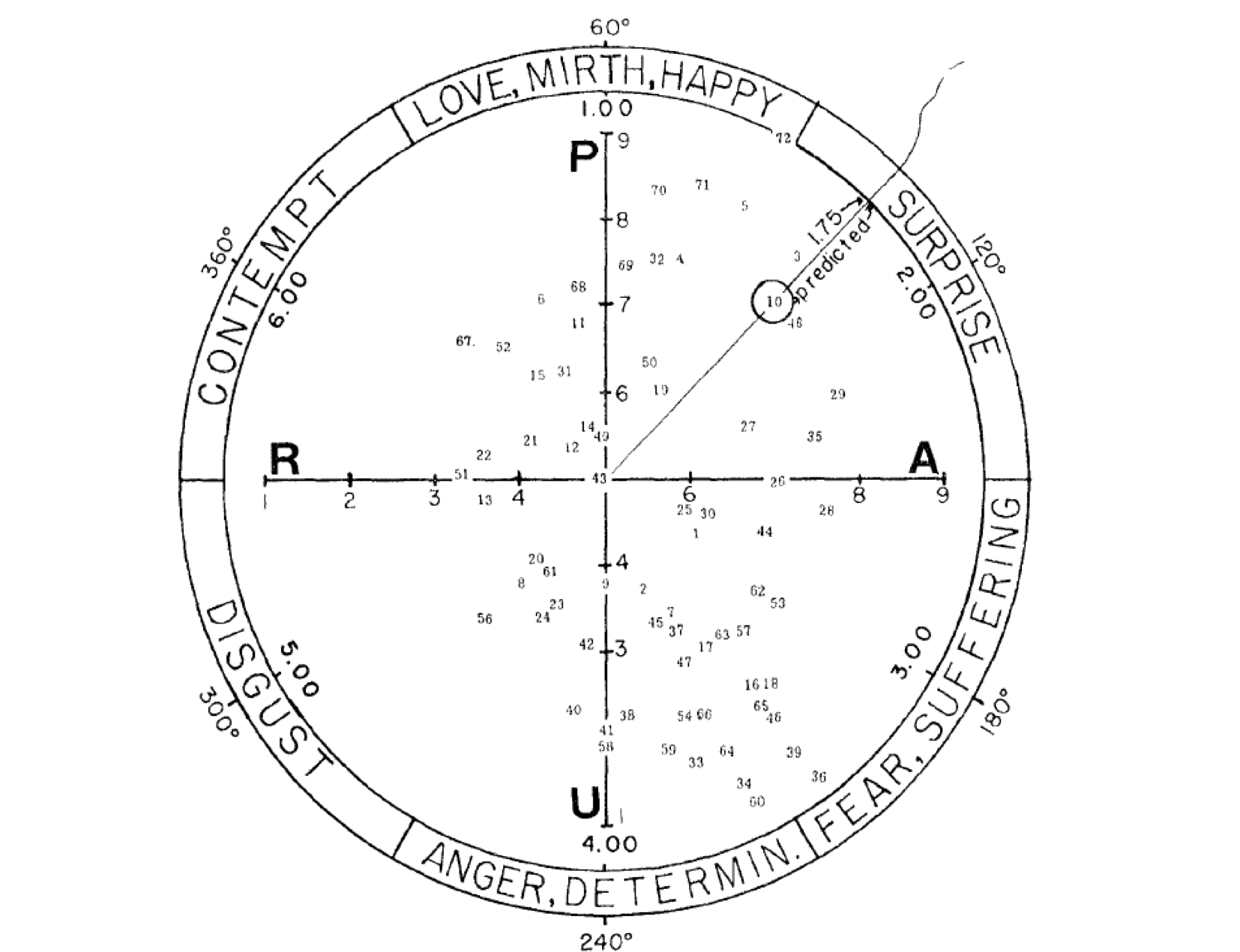 Note.  In this model, the P-U dimension stands for pleasant-unpleasant.  The R-A dimension stands for rejection-attention.  Reproduced from “The description of facial expressions in terms of two dimensions,” by H. Schlosberg, 1952, Journal of Experimental Psychology, 44(4), p. 232 (https://doi.org/10.1037/h0055778). Copyright 2016 by the American Psychological Association.

During his research, Schlosberg realized that some emotional expressions could not be measured with just two poles.  So, he added a third pole called activation (see Figure 3).  This activation dimension ranged from sleepy to tense, and thus measured the arousal level of the emotion.  In Figure 3, Schlosberg sloped his original model of two dimensions.  Emotions on the high end of the slope are highest in activation (e.g., anger, fear), while emotions on the low end of the slope (e.g., happiness, contempt) are lowest in activation.  To determine how each emotion scores on the three dimensions, think about which ends of the dimensions are closest in space to that emotion.  For example, the emotion fear is closest to unpleasant, attending, and high activation.  Conversely, the emotion contempt is closest to unpleasant, rejecting, and low activation.  Keep in mind that modern dimensional theorists (Russell, 1985) view activation and unpleasantness/pleasantness as the underlying dimensions of emotions. 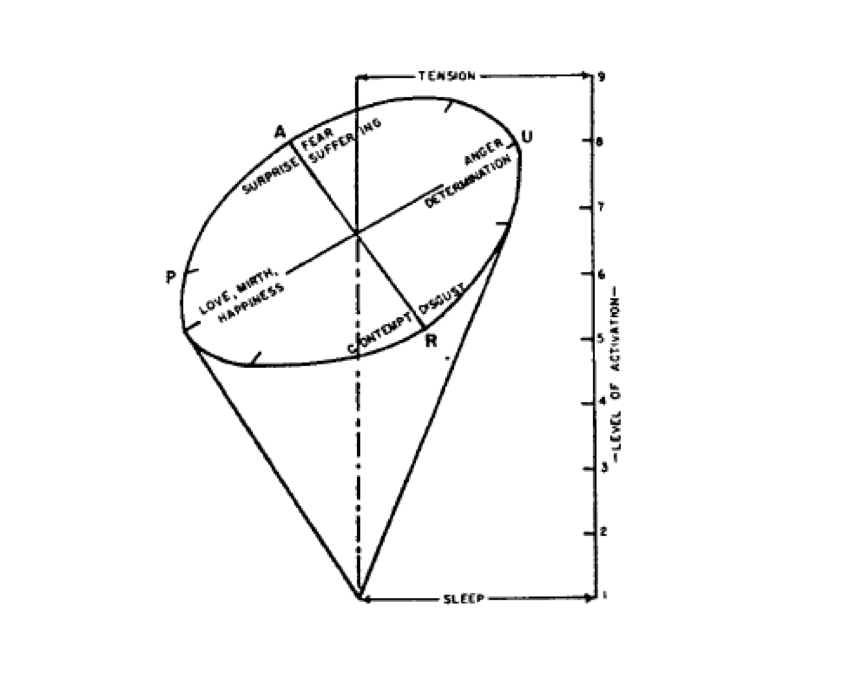