The visual search paradigm is one method to investigate how fear focuses our attention on a threat and prepares us for action to avoid the threat. In the visual search paradigm, participants are instructed to find specific target objects located among many control or distractor targets. For instance, in the two top photos in Figure 6, participants would be looking for the anger (left) or joy (right) face among all the neutral faces (called the “face in the crowd effect”). Generally, studies have found that people are faster to identify and more accurately identify the one anger face in the crowd than the one joyful face (Pinkham et al., 2010). Further, participants are faster and more accurate in identifying anger expressions than joy expressions in crowds of emotional crowds – as shown in the bottom two photos. Similar findings were obtained when participants were faster to locate a snake/spider among neutral objects and slower to locate a neutral object among snakes/spiders (Öhman, Flykt, et al., 2001). Together, these findings are taken as evidence of evolutionary preparedness to act in response to potential threats to our survival. 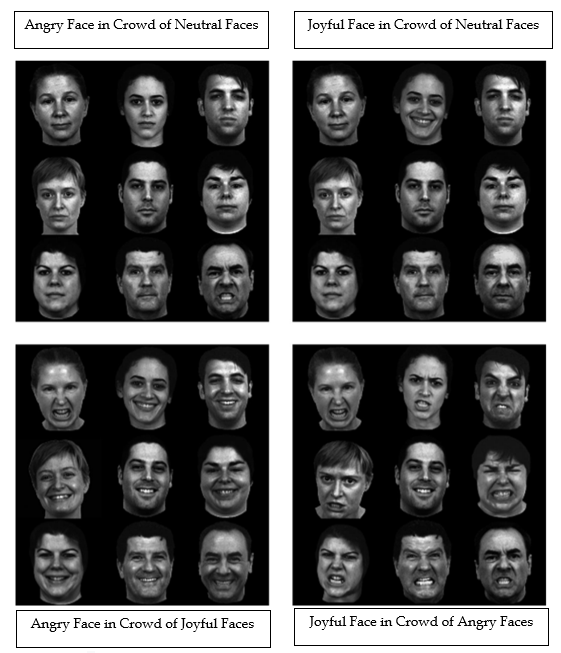