Quasi-IV #2: Whether participants won or lost the ParaOlympics event.

DV #1: On a 0 to 5 scale, researchers coded the intensity of shame and pride behavior changes. 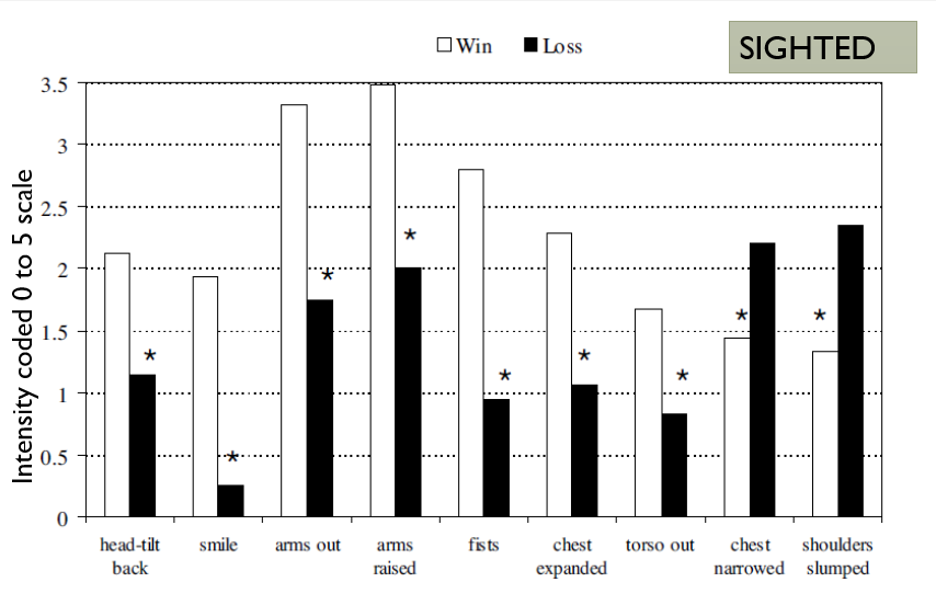 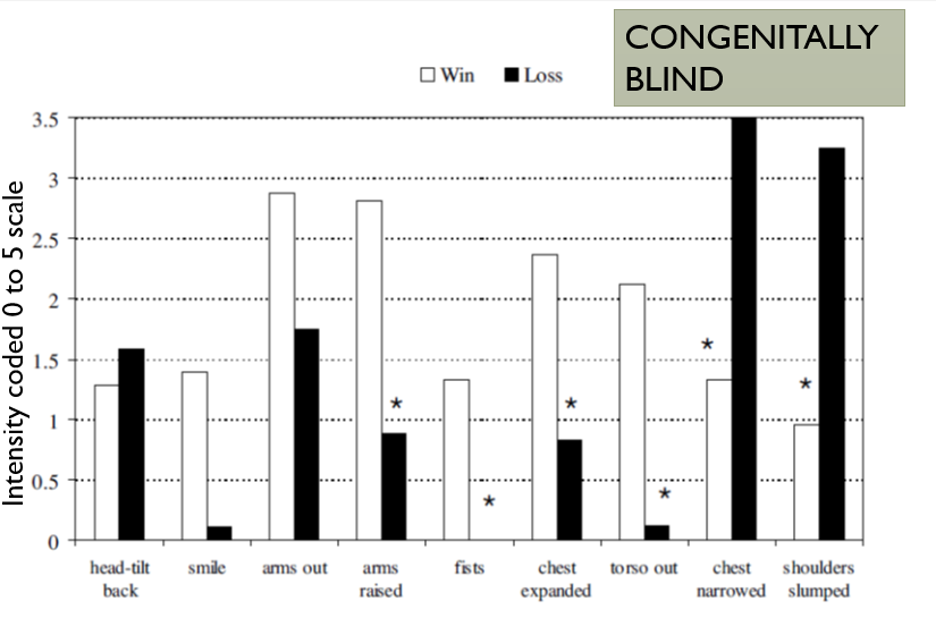 One last study (Elfenbein et al., 2007) evaluated shame and embarrassment facial expressions for participants living in Quebec versus Gabon. Quebec and Gabon are both French-speaking regions and were once French colonies, so they may hold some similarities. In this study, both participant groups were given a list of 10 emotion words and instructed to pose each emotion on their face like they were expressing this emotion to a friend. In addition, participants were given a mirror to make the facial expression! Then, researchers coded the action units displayed by participants. Results show that individuals living in Quebec and Gabon both posed the same action units for embarrassment. Cultural differences were found for the shame expression. Individuals from Gabon showed changes in only AU54 (head down) or a combination of AU32 (lip bite) and AU54, while Quebecois showed changes in AU 4 (brow lowerer) and AU 14 (dimpler). Examples of the shame expressions are shown in Figure 18. What emotion do you think is displayed on the face of the Quebec individual in the figure below?

Stipek (1998) investigated how subjective feelings of pride and shame differ for Americans as compared to Chinese. Compared to American participants, Chinese participants reported more arousal for their close others’ achievement and transgression. In addition, Chinese participants reported more shame feelings elicited by family members (compared to Americans). These findings suggest that for collectivist cultures, our close others’ successes and failures are closely tied to our self-concept, such that when our close others succeed or fail we perceive that this is a reflection of the self.