Figures 19a and 19b displays the number of times the bell was rung over time.  Figure 19a represents the number of bell rings after participants completed the first regulation task.  Figure 19b displays the number of bell rings after participants completed the second regulation task.  In Figure 19b, look at the top blue line labeled “express [after suppression].”  This group suppressed thoughts of white bears for 5 minutes, and then expressed thoughts of white bears for the remaining 5 minutes.  As can be seen in the graph, after suppressing participants had significantly more thoughts of white bears compared to the other three conditions.  Wegner labeled this the rebound effect.  The rebound effect occurs when after suppressing our thoughts, the number of thoughts we have about the suppressed thoughts drastically increases.  Notice that the rebound effect is not found during the suppression, before expression period.  The rebound period is another consequence of suppression.  Although we can successfully suppress thoughts for a short time period, inevitably this suppression is going to cause an increase in the exact thoughts we didn’t want to have – which might also increase our negative emotions.

In First Task, Influence of Suppression and Expression on Number of Thoughts Over Time 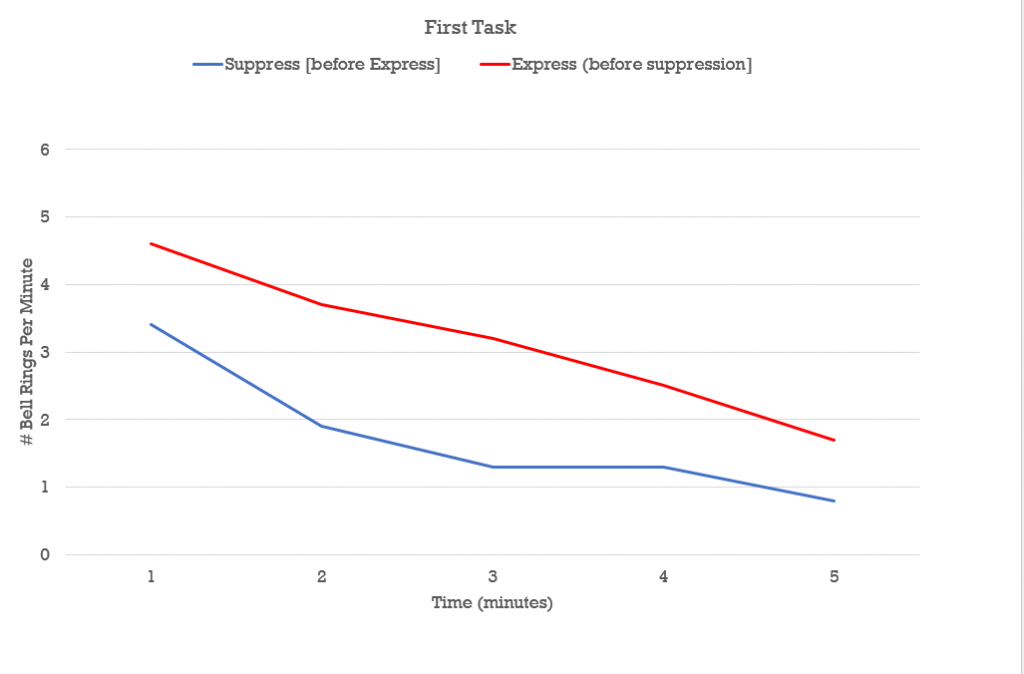 In Second Task, Influence of Suppression and Expression on Number of Thoughts Over Time 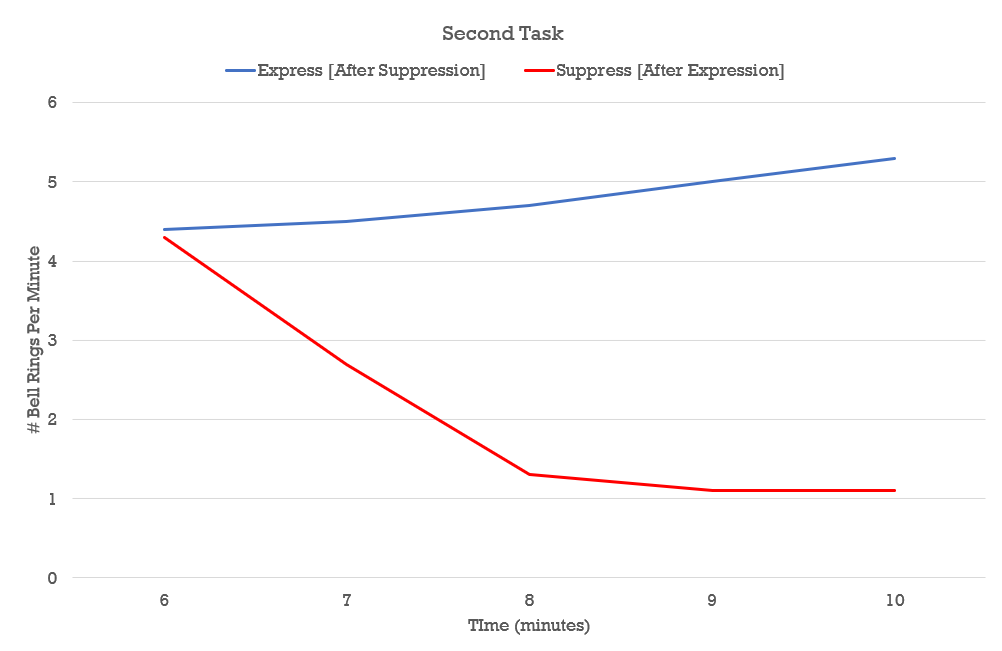 Influence of Suppression and Expression on Number of Thoughts Over Time

A meta-analysis on 28 thought suppression studies also found that during the initial suppression period thoughts about the target decrease, but then significantly increase after suppression ends (Abramowitz et al., 2001).  Interestingly, the rebound effect was not greater for clinical versus nonclinical patients (although only 8 studies included patients recruited from a clinical sample).  Some research has suggested that thought suppression may be a symptom of Obsessive Compulsive Disorder (OCD).  Research comparing individuals diagnosed with OCD to nonclinical patients found that:

For an interesting review of the research on thought suppression and OCD, please review this article by Christine Purdon (2004).  In this article, Purdon identifies many problems with the research that explain the contradictory findings, one being how the rebound effect is measured (i.e., number of thoughts per 5 minutes, length of one thought per 5 minutes, length of time during expression period).