Lazarus views stress as a process during which our interpretation of the event causes changes in our emotions. In a classic study, Folkman and Lazarus (1985) assessed undergraduate students’ emotions at three time periods of a mid-term exam (see Table 10 below). During the anticipatory stage, students are preparing for the exam, but the actual exam is ambiguous – students do not know the difficulty or questions on the exam. The waiting stage occurs after students complete the exam and are waiting for the outcome – their grade! At this point, students should have a better idea about their exam performance compared to when they were in the anticipatory stage. The outcome stage is when students learn about their grade. Because Lazarus views stress as an unfolding process of emotions, he suggests that our emotions in each stage should be different because we will have different cognitive appraisals in each stage.

Table 10
Stages of Stress based on Folkman and Lazarus (1985)

During each of the stages, participants reported the extent to which they felt 15 different positive and negative emotions. Folkman and Lazarus hypothesized that the emotions participants reported would depend on whether they made one of four cognitive appraisals. Table 11 displays the four cognitive appraisals, their definitions, corresponding emotions, and the scale range on which participants rated each group of emotions. Each appraisal causes these emotions. Threat and challenge appraisals are called anticipatory appraisals because people are predicting or anticipating the outcome of an upcoming stressor. Harm and benefit appraisals are called outcome appraisals because the emotions are elicited based on whether the outcome was perceived as good or bad.

Table 11
Definitions of Stress Appraisals from Folkman and Lazarus (1985) 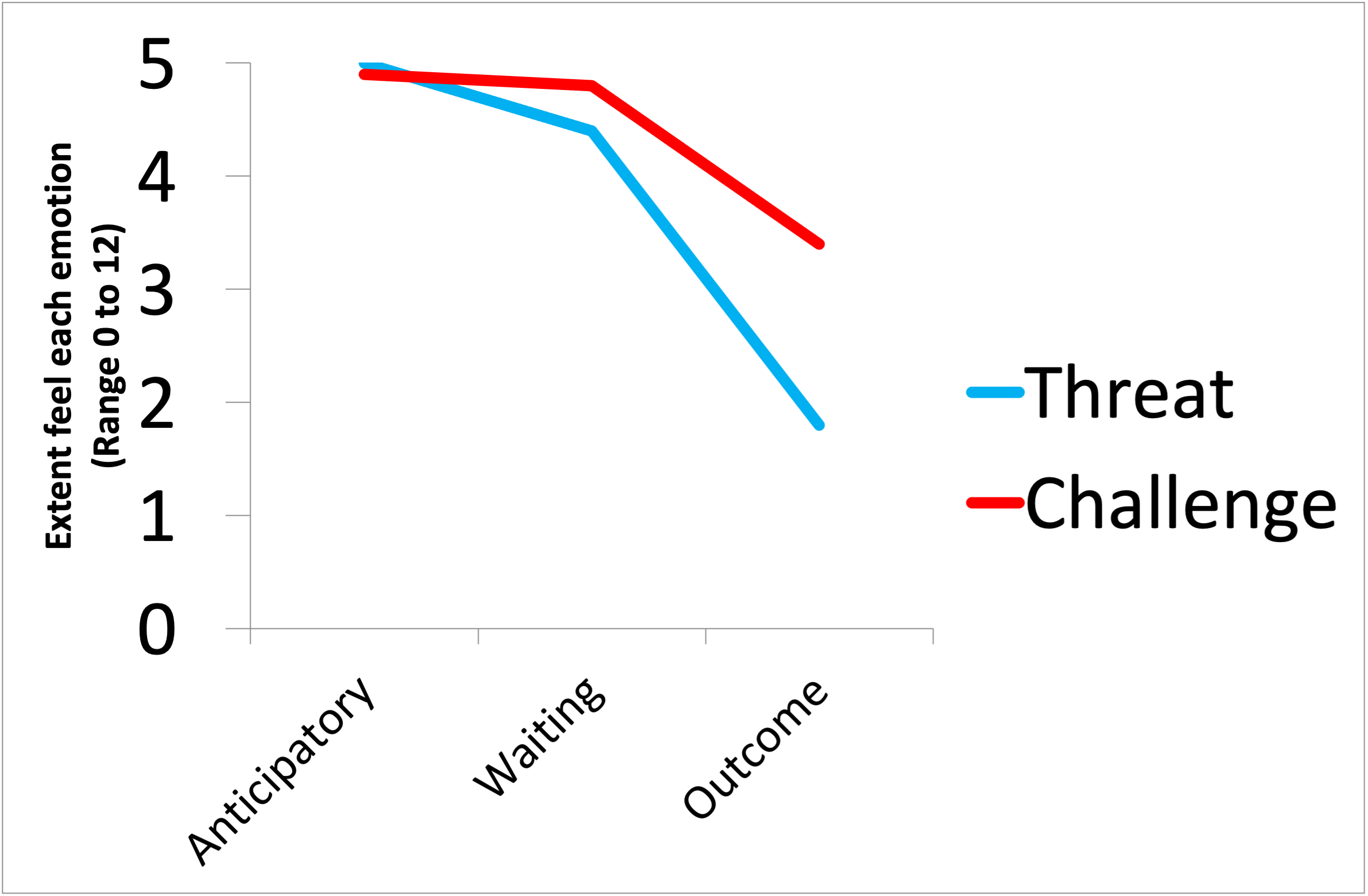 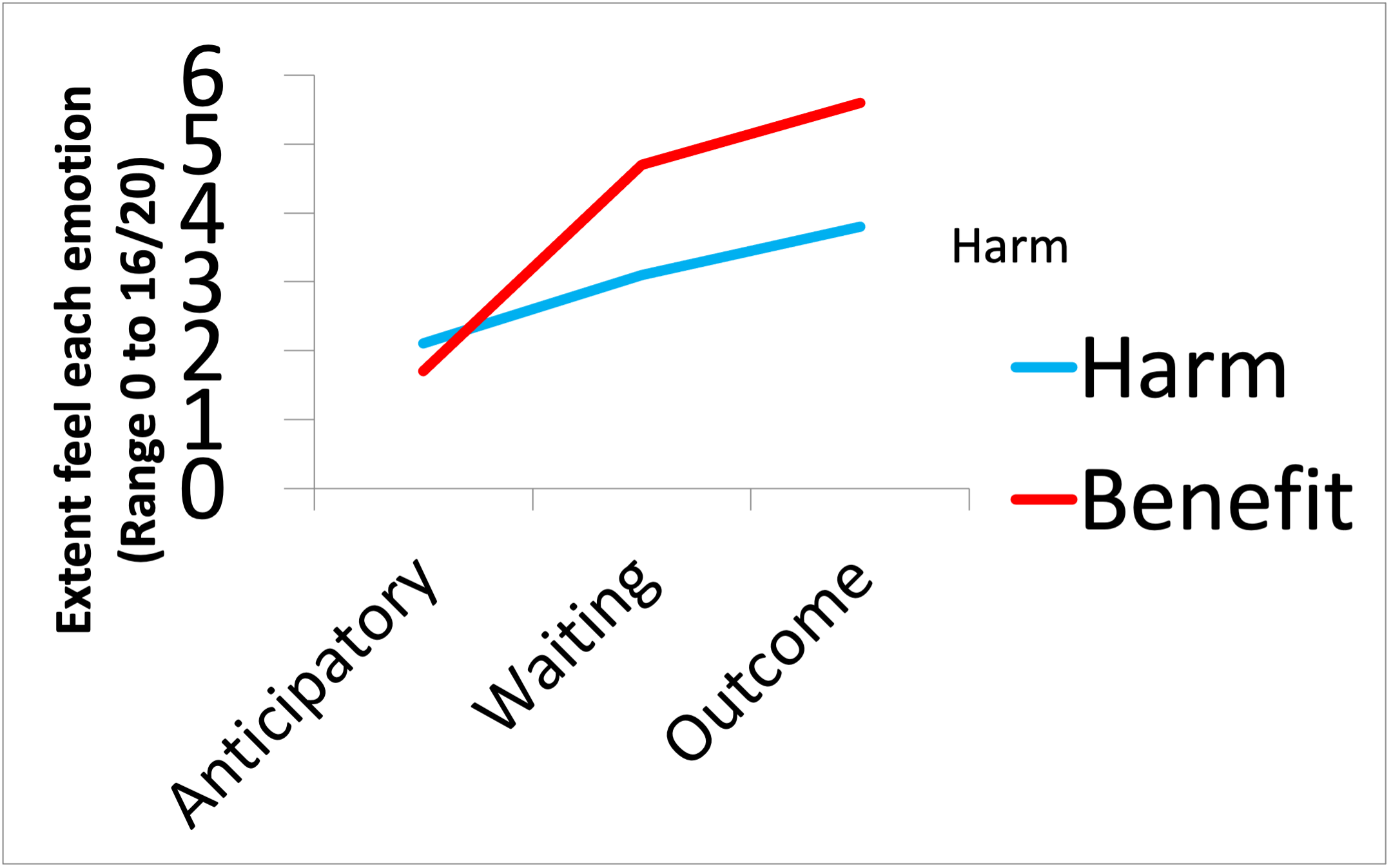 One last thing to consider are the emotions that occurred during the waiting stage. By comparing the two figures above, one could conclude that during the waiting stage students felt all four groups of emotions. This is because they have more information about the difficulty of the exam, so they could start to engage in harm and benefit appraisals. But they still do not know their grade and are still anticipating their grade (maybe the professor will curve!) – so they still show challenge and threat emotions too!