There are many sub-theories of the locationist perspective, and they differ on the emotions posited to activate various parts of the brain.  One theory suggests that the amygdala, insula, orbitofrontal cortex (OFC) and anterior cingulate cortex (ACC) are activated during specific emotional experiences.  Work has found that the amygdala is activated during experiences of fear, anger, and disgust, and somewhat for positive emotions.  The insula is activated for disgust and amusement.  Although these two emotions seem quite different, some research shows that when we hear about something disgusting (like a joke) we in turn laugh (which would be amusement!).  The orbitofrontal cortex is associated with anger and identifying anger facial expressions (so, possibly experiencing fear).  The anterior cingulate cortex is linked with pain, sadness, loneliness, and also fear.  Finally, the basal ganglia is part of the reward system and contains large amounts of dopamine.  Thus, the basal ganglia is often associated with positive emotions.  Figure 7 displays the locationists’ hypotheses of  brain structures that are linked to specific emotions. There does seem to be some connection between specific emotions and brain structures, but also different emotions activate the same structure.  So, this might suggest structures could be linked to general valence (negative or positive), but not necessarily categorical emotions (anger or fear). 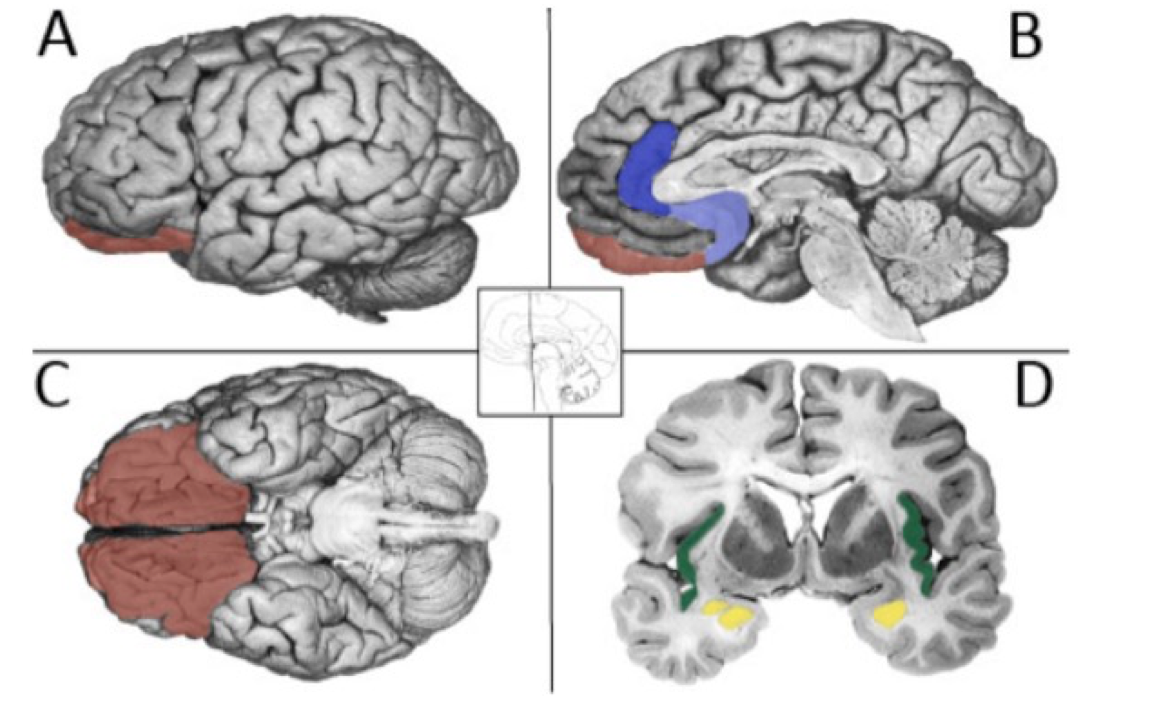 In the next sections, I will cover some specific structures and discuss their role in emotional experiences. In the fear chapter, we will cover the functions of the amygdala in more detail.