Facial expressions change during a fear experience.  Keep in mind that the fear facial expression might differ based on whether the animal in danger is trying to appease or intimidate the threat.

Figure 2 shows the AUs that Ekman and Friesen (1978) found change during a fear experience. Visit this website for a live demonstration of how the AUs for fear change. Evolutionary psychologists have suggested that wide eyes assist the animal is visually exploring the threat. Ekman’s AUs seem to express the appeasement behavior changes.  If an animal is aggressing during a fear experience, they might show their teeth more or even more of an anger expression. 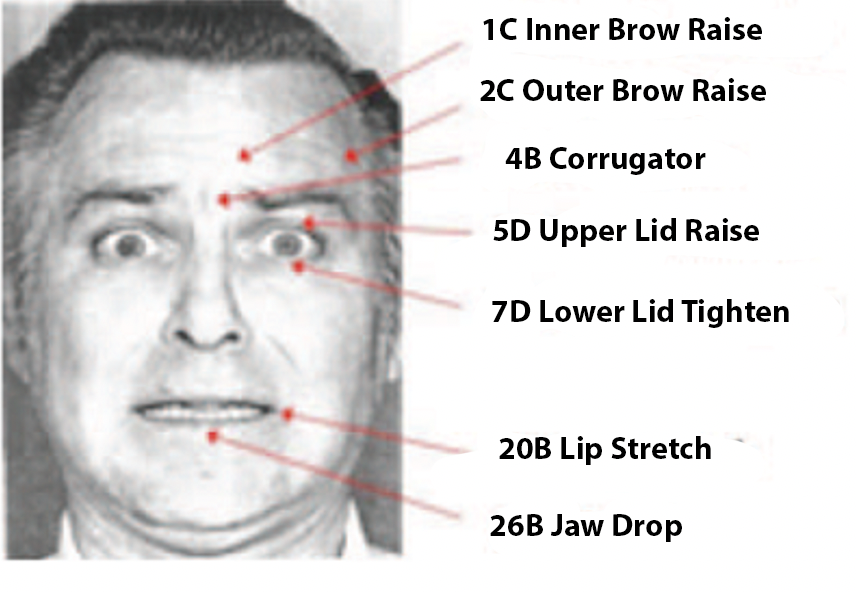 Finally, Ekman and colleagues (1987, for review of study click here ) found that across 10 cultures, the majority of participants identified fear in facial expressions and rated fearful facial expressions as most intensely fear out of 7 possible emotions.

Some other work has found cultural differences in fear facial expressions.  In one study (Matsumoto, 1992), participants saw 48 photos of six emotional expressions (anger, disgust, fear, happiness, sadness, and surprise).  Each emotion was displayed in 8 different photos.  Participants viewed all 48 photos one at a time.  While viewing each photo, participants picked an emotion label from the following seven emotions: anger, contempt, disgust, fear, happiness, sadness, and surprise. 81.85% of American participants and 54.55% of Japanese participants correctly labeled the fearful expression as fear across the 8 fear photos.  Matsumoto (1992) states this provides evidence of universality of fear because the percentages for both groups were beyond chance. Yet, two group differences were found: 1) a significantly greater number of Americans identified fear in the fearful facial expressions and 2) on average, Americans identified 6.5 out of the 8 photos as fear, whereas Japanese identified fewer – about 4.4 photos. In fact, both Japanese and American participants stated the fear photos were the hardest to identify.  A similar study by Matsumoto and Ekman (1989) found that 71.12% of Americans correctly identified fear across eight photos, while only 30.82% of Japanese did, forcing the researchers to drop fear from the remainder of their study!  In fact, further analyses indicated that 50.35% of the Japanese participants identified the fear photos as surprise.

Another study by Crivelli, Russell, and colleagues (2016) compared Spaniards to Trobrianders, an isolated community found in The Trobriand Islands in Papua New Guinea, north of Australia.  In both groups, participants were aged 6 to 16 years old. 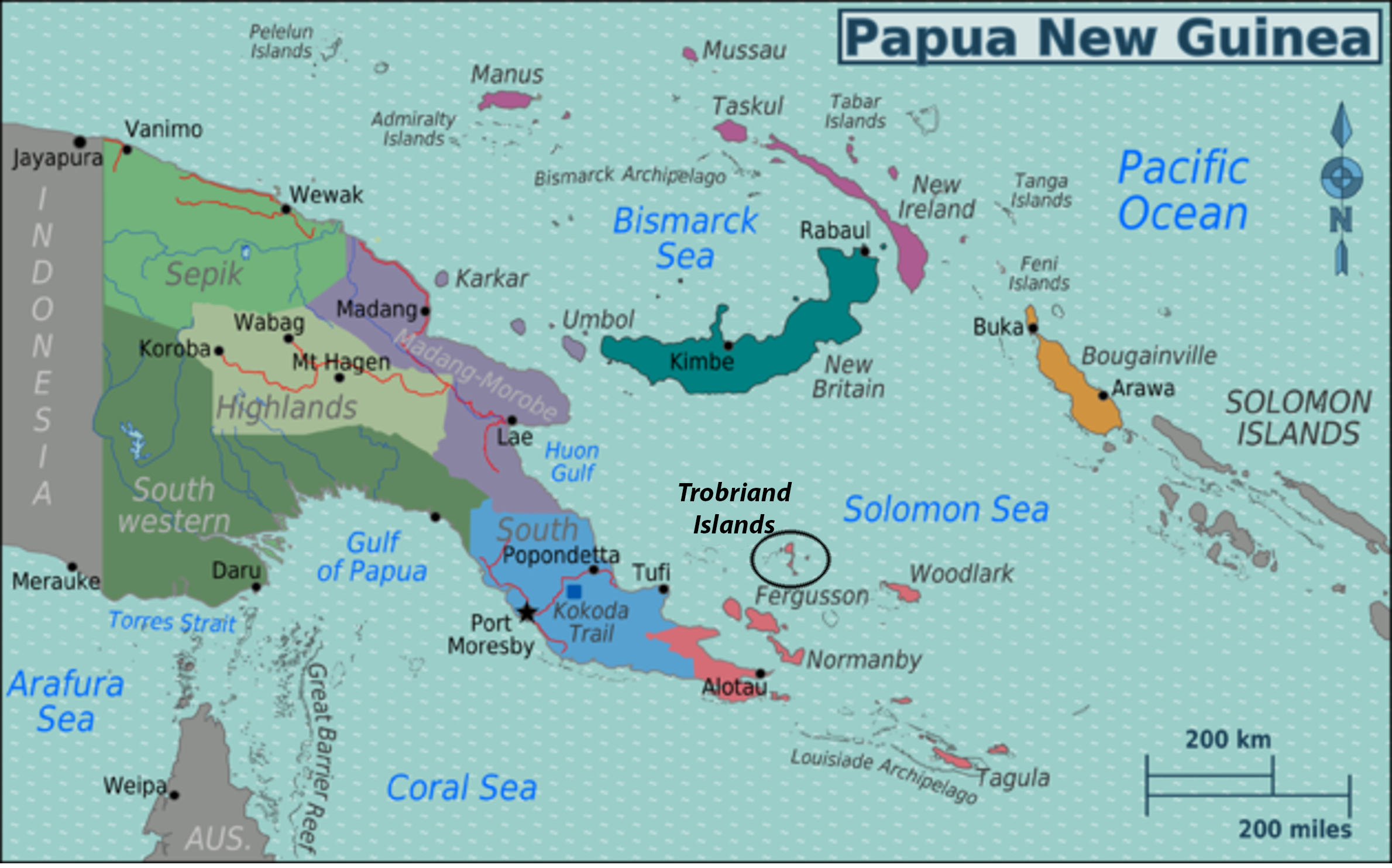 In this study, participants were randomly assigned to one of five emotion label conditions (happy, sad, anger, fear, disgust). From six different photos of facial expressions (see Table 5), participants were asked to pick the photos that displayed their assigned emotion from six photos. Thus, in the fear condition, participants were asked to point to the photo that displayed the fear facial expression. In the fear condition, a significantly greater percentage of Spaniards (93%) than Trobrianders (31%) correctly selected the gasping fear expression. The Trobrianders also tended to pick the sad pouting face (27%) and the disgust nose scrunching face (27%) for fear. These findings show that some cultures believe nose scrunches or pouting communicates the emotion fear.